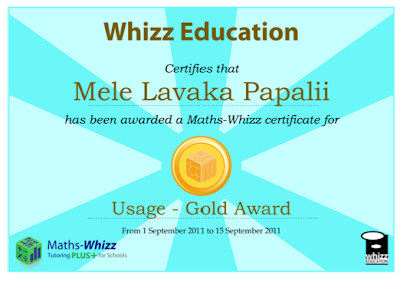 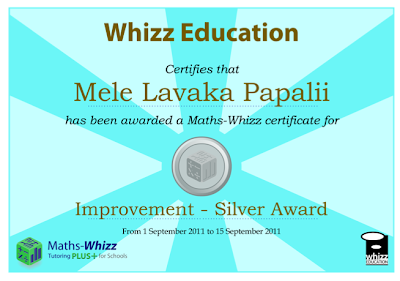 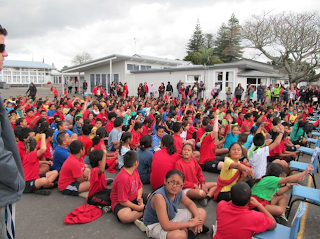 Waiting with excitement for our cross country race, I was jumping up and down like a crazy monkey in the jungle. It was the 10 year old boys turn to run. Mr Burt said “On your marks, get set go”. I sprinted as fast as I could and I was coming first but sadly Lorenzo and Wyatt dashed past me like Sin Cara from The WWE. I could hardly see them, they were fast.


Eventually I ran on to the bridge where Ms Squires was right in front of me taking pictures of us. I tried saying “Hi Ms” but I was to fatigued to say anything. A quarter of the way I really thought that I was going to collapse. The track was so rocky.

While Anthony was jogging past me he caught up to Lorenzo and Wyatt. As soon as I rounded a corner this man said “Guess what your half way”. I felt like I was blessed.

Suddenly one of the shells nearly tore my shoe at the bottom. Luckily I've got shoes on." I thought to myself. Finally we turned around for the last stretch at the reserve near Tamaki College’s Technology hall.It was so rocky it felt like I was running on a desert.

Coming up through the bush onto our school field Hossana, Marvin and I had a foot race. We were all running as fast as we could but I only came second so I was so disappointed. I said “Flip I wish I came first” Marvin interrupted “It’s not about winning you know, it’s just about having fun and you should be proud that you completed the race”. I could now finally say “Hi Ms”. 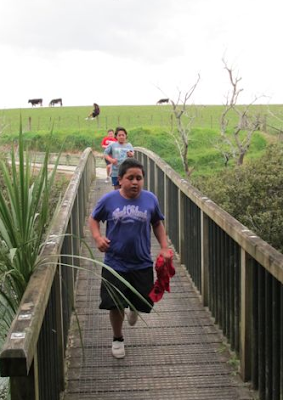