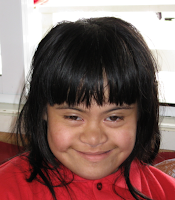 Last week in assembly we got a Korero to remember.  The Korero was "KEEP IT REALLY REAL".
We had that korero because lots of people had been keeping really real, here are some people that have been keeping it really real and why they have...
1. Tonja is one of the first person because in the cross country she ran by herself because the other times in cross country she ran with a teacher.
2. Brendan is one of the second people because he wanted to go to the Cross Country but he had go to the hospital and so what he did was he ran up and down the hospital just to participate in the Cross Country.
3.  Leoden was one of the third person because he never stopped in the cross country and kept on running to the end so he was one that kept it very strong.
4.  Ngaina was one fourth because she had done a very good job in Cross Country because she had a very positive attitude after she had finished the race.
5.  Last but not the least was Ashley because she had been training really hard for Cross Country and because she had ran after school to places.
6. And last was Dillion.
So have you been keeping it really real?
Posted by Room 15 Pt England School at 09:02

HEY Tonja you did really keep it real because you ran by your self with out MRS VERRY helping you...


KEEP UP THE GOOD TRAINING AND RUNNING FOR NEXTYEAR.

Hey Tonja you did keep it real oh i mean you kept it really real keep training because you know someday you might come second or third.

GOOD EFFORT TONJA I AM REALLY PROUD OF YOU!

Hi Room15!!!
It looks like you guys were really looking forward to Cross Country.
Great to see that Tonja can run by herself.
I think that Room 15 are keeping it Really Real...
Nice Work

Hey Tonja you did really well
when you ran the cross country,
you were keeping it really real.

I liked this "Keep it real" idea. Our school just did cross country and it made me think how different children in our class kept it real with their efforts on the day. I will share your blog with our Y5&6 class. Some of those children need to think about keeping it real too. Ms Donnell, Kaipara Flats School